Making the leap: Moving from public to private sector in NZ 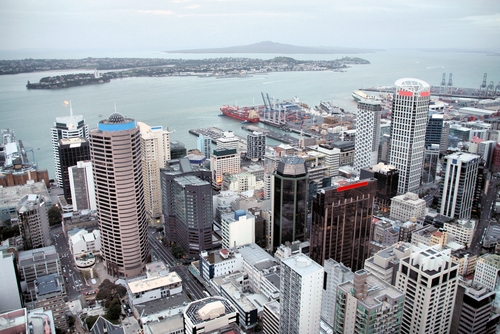 The public sector is changing. Over the period of 2013 to 2017, the public sector workforce is estimated to have increased by 1.5%, the State Services Commission (SSC) reports. However, New Zealand’s workforce as a whole grew by 14.9%. While the public service, health and local government workforces all grew, when it comes to education and state-owned enterprises, the numbers fell 3% and 22% respectively.

If you’re an employee working in those shrinking public sector areas, you may be considering a move to the private sector. But before you start those applications, it’s essential to understand how the private sector differs from the public.

Wage growth will also play an important factor in the decision to move sectors.

Wage growth will also play an important factor in the decision to move sectors. Over the years between 2013 and 2017, private sector wages increased by 14%, while the figure was only 10.9% for public sector (SSC statistics). However, in the last year of that period, public sector wages saw a greater increase than private. In the year to June 2017, there was a wage/salary increase of 1.6% in the private sector and 1.9% in the public sector, showing you shouldn’t necessarily assume that wage growth will be quicker in a private business.

When moving from the public to private sector, one of the biggest differences you’ll notice is a change in culture. Private companies are, naturally, much more concerned with profit than the public sector. This is normally the key motivation that drives private sector organisations forward. While public institutions still need to consider money and finances to some extent, this often won’t be the main purpose, which instead could be to improve certain aspects of society, education, or infrastructure, to name a few.

However, you shouldn’t go into the private sector thinking that making money is all these businesses care about. With Corporate Social Responsibility now beginning to take hold in earnest, private businesses are beginning to focus much more of their efforts on making an impact, be that environmental, social or something else. So candidates looking for a larger purpose than simply earning profits shouldn’t automatically discount the private sector when job hunting.

The processes behind recruitment and what private sector organisations look for in candidates differ. As private businesses are more commercially driven, job candidates need to show they have the ability to make profits and produce tangible impacts. Any hard statistics you have on cost savings you made in your public sector job will be useful, as will performance, process and customer service improvements or waste and inefficiency reductions.

There is often less red tape in the private sector – background checks often don’t need to be as extensive.

Recruitment processes in the private sector are frequently much quicker. Public sector HR departments are often understaffed and under-resourced, meaning they have fewer people to go through large numbers of applications. There is also often less red tape in the private sector – background checks often don’t need to be as extensive. This means when you see a job you might be interested in, you should apply straight away – or risk losing out to a candidate who was quicker in applying.

While it may take some time to get used to the differences in New Zealand’s private sector, there are a number of extremely fulfilling jobs available to candidates who are interested in moving. Don’t assume it’s going to be easy, and as with any job, research it extensively before applying to ensure it’s the right fit.

If you’re considering a move to the private sector, why not get in contact with the executive recruitment experts at JacksonStone & Partners? We have years of experience finding candidates roles in a variety of sectors and industries, including both public and private. Reach out today for more information.