How much gender equality actually exists in Kiwi workplaces? 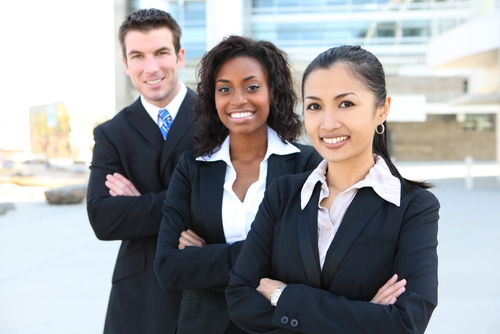 In New Zealand, the gender pay gap sits at 9.2% (Statistics NZ). While this is the second-lowest figure since records began, true pay parity remains elusive – and we are even further from broader workplace gender equality.

While pay is important, it isn’t everything. From diversity in leadership and culture to workplace initiatives and parity reporting, gender equality in the workplace has many nuances.

In New Zealand, our businesses are better at some aspects of gender parity than others – so how much equality actually exists between men and women in Kiwi workplaces?

Do you know the 4 steps to overcoming your unconscious biases? Find out in the Champions for Change Inclusion Toolkit: https://t.co/v8S3bSMXlj

Having women on boards and in senior leadership is fundamental to broader workplace parity. They help to set the tone and create a culture where everyone can thrive, no matter their gender. The lack of women in senior management is therefore a significant concern for New Zealand’s workplace equality goals.

Speaking to JacksonStone & Partners, Gill Greer, former National Council of Women Chief Executive, said that we should introduce gender quotas on boards to solve the issue – but few businesses have these, and there is even less government legislation on the subject. Until this happens, it is unlikely we’ll see parity in leadership in this country.

The 2018 Women in Business Report looks at barriers to gender equality in the workplace and outlines 10 changes business leaders can implement to help #PressForProgress: https://t.co/A6GTiGIYjD pic.twitter.com/Kr2RCSzSgW

One of the reasons having women in senior leadership is so important is because culture tends to be set at the top. If a company’s board is predominantly male it can often lead to a male-centric culture becoming embedded across an organisation. This is perhaps the main reason why one-third of Kiwi businesses cite culture as the greatest barrier to gender equality (Westpac).

However, when there is more diversity at the executive level, this helps set the tone for the rest of the organisation. If, for example, senior managers show the importance of gender parity and lead by example when speaking up about such issues and incorporating flexible work policies, this will have a trickle-down effect on the rest of the company.

The lack of diversity on boards, therefore, could be one reason why 40% of Kiwis believe discrimination exists in their current workplace and have witnessed some form of prejudice in the last 12 months, TradeMe Jobs reports.

One way to create a more diverse culture is to introduce training, particularly around unconscious bias. About one-fifth of respondents to a Diversity Works NZ survey felt there was unconscious bias in their organisation, and that bias affected decisions with regard to recruiting, promotion and/or pay.

However, when asked how organisations responded to such bias, the largest share (27%) said it was addressed informally on a case-by-case basis. While it is encouraging that businesses are working to address unconscious bias, informal programmes can only go so far, and are often unevenly applied. Only 14.5% of respondents said their workplace offers unconscious bias training – extending this out more broadly could have a significant and immediate effect on parity in Kiwi workplaces.

Our Unconscious Bias sessions with The Diversity Agenda kicked off in Auckland this morning! #DiversityWorksNZ pic.twitter.com/DnatGy9rOA

When it comes to introducing gender equality initiatives, New Zealand performs fairly well. There have been a number of initiatives launched by both government and businesses to improve gender parity.

Organisations that become Gender Tick accredited will be able to advertise this in communications, including to prospective candidates. For female candidates looking for a company that supports gender equality, this information will make a huge difference. Already, six of New Zealand’s largest employers (Air New Zealand, Auckland Council, Coca-Cola Amatil, Fonterra, Lion and SkyCity) have joined Gender Tick as founding members, and more are likely to follow.

Meanwhile in the public sector, the Government released a set of gender pay guidelines in 2018 that centre on five fundamental principles. These are:

The Government has provided detailed information on how to prevent issues in each of these areas. It should be noted, however, that these are guidelines only, and not compulsory.

While there are certainly some excellent initiatives being rolled out across New Zealand, more could be done to ensure gender equality in Kiwi workplaces. Westpac’s survey found that 60% of NZ companies don’t have a gender parity policy or strategy in place, only 26% of the companies that do report on its progress, and only 7% have a dedicated budget to maintain inclusion.

New Zealand could do well to follow in the footsteps of the UK, where mandatory gender pay reporting was introduced for businesses with over 250 employees in 2016. A similar requirement here would encourage Kiwi businesses to take action on gender parity, and give candidates valuable information on where they are likely to get the fairest deal when looking for their next role.

A diverse pool of candidates

One of the best ways to improve gender equality in your organisation is by ensuring you have a diverse pool of candidates. Gender parity has been a key issue for JacksonStone & Partners for many years, and we have a number of measures in place to ensure we are helping Kiwi organisations move forwards in the fight for equality. For more information on our executive search and recruitment services, please contact the team today.