Hiring the next CEO at your NZ business: Internal vs. External? 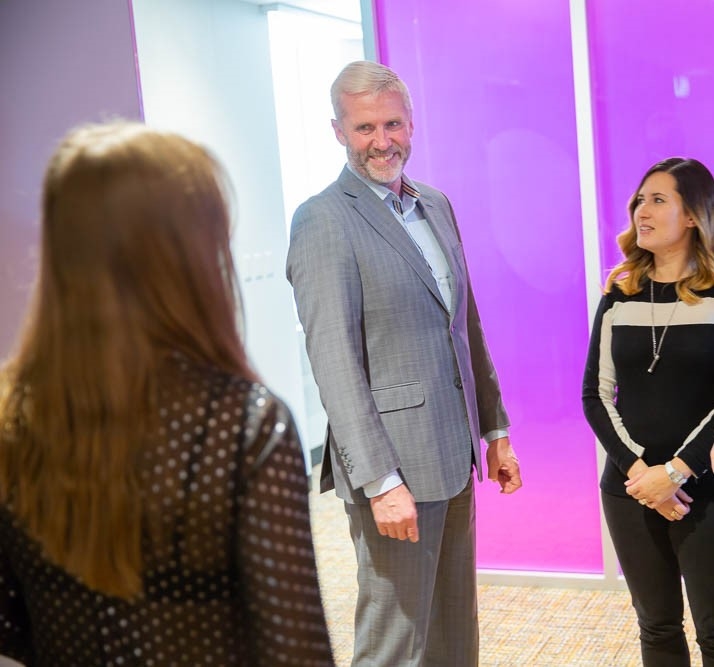 Hiring the next CEO of your NZ business is one of the biggest decisions you will ever have to make. Your choice could have far reaching consequences for your organisation, determining its direction and success in years to come.

When hiring a CEO, businesses have to first decide whether to go for an internal candidate, or to explore options from outside the organisation. The internal/external debate centres on a broad range of pros and cons, and whichever you choose will be dependent on what situation your business is in.

The majority of external CEOs tend to be hired in times of crisis or change. In fact, a Harvard Business Review study found that industries facing the most disruption have brought in higher-than-average numbers of external parties recently. That’s why, between 2012 and 2016, 38 per cent of incoming CEOs in the telecommunications industry (which is facing huge disruption) recruited externally.

On our own shores, Refining NZ named Mike Fuge as its new chief executive in June 2018, wanting to tap into his experience in renewable energy in order to meet the government’s target of reaching net zero carbon emissions by 2050.

Refining NZ hired Mike Fuge in response to the significant disruption in the energy industry.

This is because CEOs recruited externally can bring a fresh perspective to an organisation. Where an internal CEO may have been groomed by the previous incumbent to follow a certain strategy, a CEO recruited externally won’t be afraid to reset direction and create large scale change. They also don’t have tangled relationships with anyone in the business, so will be more independent.

External CEOs come with experience in different competitive landscapes and with other types of business strategies.

In industries that are undergoing significant disruption or facing regulatory oversight (for instance the banking sector, which is seeing increased misdemeanour investigations), a CEO recruited externally can help to turn a business around.

There are some downsides to hiring an external party, however. In particular, he or she will take a while to get to know the business, which can impact revenue and share prices, particularly in the early stages. This is perhaps why research service Agenda’s 2014 study into revenue at Standard & Poor’s 500 companies saw an average share price growth of 5.2 per cent in the first six months for those businesses that hired internal candidates (as reported in the Washington Post). For external candidates, average share price only reached 2.5 per cent.

It’s also the case that if the rest of the executive team stays the same, there may be tension from those who wanted the top jobs themselves.

The best CEOs know their business inside and out. Who better for this than someone who’s worked in your organisation for a long period of time? That’s the thinking behind hiring an internal CEO, who won’t take as much of a settling in period as someone external.

When the business has a long-term strategy, one that won’t be impacted by disruption, insider CEOs are seen as a safe pair of hands. They’ll have likely been coached by the previous CEO to follow a certain line of decision making, and they will also often see less resistance within the company because they’ll know the employees already. The board also already knows the candidate.

Hiring a CEO internally shows that leadership development is possible within the organisation. There are many who would argue hiring an insider CEO shows that the board is doing its job right, because they are fostering succession lines and planning ahead.

Recruiting from within is unlikely to engender significant change or new direction. This is fine if you absolutely believe your business is on the right path, but if disruption may be around the corner or if you want to embark on substantial growth, a CEO recruited externally may be the way to go.

“Whatever decision you make around the appointment of your next CEO and regardless of whether they are an internal or external party, you owe it to the business to put in place a comprehensive and transparent process”, says David Hollander, a Director at JacksonStone & Partners. “This ensures you are testing the whole market and confirms you are appointing the appropriate person for the job, while also ensuring that if you do appoint an internal party, that this has been done for the right reasons”.

If you decide to hire from outside your company, consider enlisting the help of the executive recruitment specialists at JacksonStone. We have years of experience helping New Zealand businesses find the right CEO for them. Contact us today for more information.