Exploring Aotearoa: The pros and cons of moving to New Zealand

The land of the long white cloud, New Zealand is a dream destination for many – and that's not just for a holiday. Every year, thousands migrate to New Zealand (129,500 in 2018, to be exact1). And the scenery isn't the only thing that draws them. Work-life balance, security, healthcare and the education system are just some of the factors that continue to attract thousands to our shores, seeking a better life.

But what do they find when they come here? Are their salaries what they expected? What's work-life balance really like? Before making a decision to relocate, it's important to understand both the pros and cons of moving to New Zealand, which is why we've put this article together, to guide you through what you can expect when relocating to Aotearoa.

In it, we cover the immigration process, potential roles and salaries, the cost of living and the New Zealand lifestyle, all informed by the experiences of people from offshore that JacksonStone & Partners have helped to appoint to roles in New Zealand.

When you're one of the first countries to see the sun each morning, you have a bit of extra time to give the world a warm welcome. From us to you, welcome. #GoodMorningWorldNZ pic.twitter.com/niNkJ6DH1f

To write this article, we interviewed three people (their names have been changed for anonymity) who have recently relocated to New Zealand. And, if there's one thing that united all their experiences, it's that one of the key reasons they moved here was the New Zealand lifestyle. It's hardly a surprise, then, that the country ranks fifth in HSBC's Expat Explorer Survey for quality of life.2

"For me, the country felt very progressive, very liberal, very welcoming. It's beautiful and it's still changing and adapting – the chance to be able to change things at scale was very attractive for me," explains Sue Jones, who's about to move to a regional New Zealand Council from her job as Chief Executive of Accounts at a City Council in the UK.

Claire Dowling, a senior Recruitment Consultant at JacksonStone who moved to New Zealand from the UK over three years ago, has really noticed the difference: "Even in provincial towns in England, everyone is always just plugging away at work, it's a lot more frenetic. Here everything is just that bit more relaxed, and you aren't stressed over work all the time."

Over half of expats say they have a better quality of life and work/life balance since moving abroad #HSBCreport https://t.co/q3ZEGjJUhT pic.twitter.com/oUo9tbmpFz

Despite recent events in Christchurch, New Zealand remains one of the safest countries in the world. In the Institute for Economics and Peace's Global Peace Index 2018, it ranked second, only surpassed by Iceland.3 For Emily Crawford and her husband, this was a key consideration when moving. "We wanted to get away from the situation in Europe, where we have experienced the worsening of both political instability and racism. It's better to leave now while we are still young and it's easier to go through the immigration process, than when it gets even worse and we are unable to leave," she explains. Emily is Malaysian-born but was living in Germany until JacksonStone & Partners assisted her to find a role in Wellington.

Here are some other lifestyle elements to consider:

The lifestyle is certainly what draws people to New Zealand. But it's also important to be aware of the other elements of relocation in order to make the most informed decision possible. 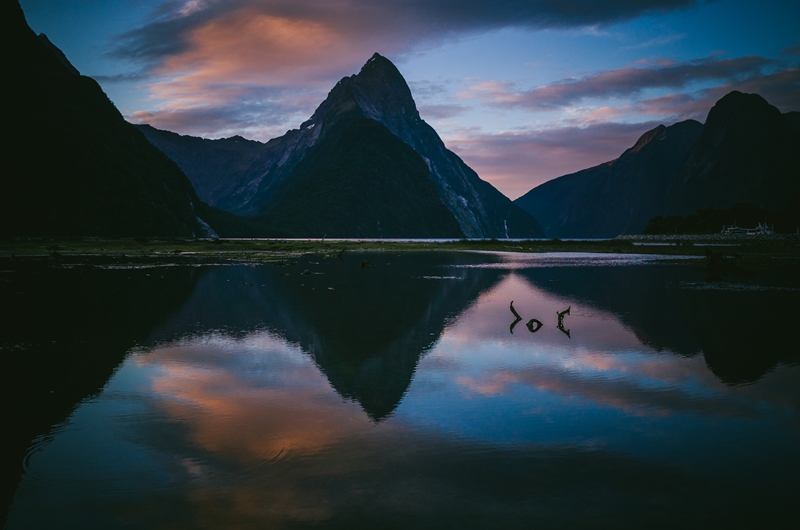 In New Zealand, you can either choose to apply for a temporary work visa (called an Essential Skills visa), or go straight for a Skilled Migrant residency visa, which allows you to stay here permanently but takes much longer to get.

Immigration New Zealand ranks your skill level between one and five (one being highly skilled) and will prioritise those in the higher skill bands. There are also some roles in what's known as areas of absolute skill shortage. For example, many engineering and construction roles qualify for this, particularly in Christchurch where significant rebuilding work remains a priority after the 2011 earthquake. If your role falls under this category, you can apply for a Long-Term Skill Shortage List temporary or resident visa.

There are many different forms and other requirements you have to meet when applying for the above visas. Processing times for Skilled Migrant Residency can take up to 13 months, according to the INZ website, and this does not include the time it takes to fill out forms and supply other evidence.

"It all sounds very easy when you look online," explains Emily, "but it's much harder than it looks. My husband had to pass an English language test so he went back to study, and we also had to have all our documents legally translated from German. It took years to even get to the point where we could apply."

Claire also stressed how long the immigration process takes. "My piece of advice to anyone looking to move here is to start planning much earlier than you think you need to."

"It's not just visas that can present a headache," explains Sue. "There are all sorts of things you just wouldn't think about, like what furniture you can and can't take (anything wicker won't pass the bio-security laws)." That's why, as Claire says, planning far ahead of time is essential.

Roles and salaries in New Zealand

As mentioned above, for the best chance of a successful visa application, it helps if your role is highly skilled or on the Long-Term Skill Shortage List. While New Zealand's biggest industry, agriculture, isn't necessarily top of everyone's careers list, there are a number of other booming industries in New Zealand with very healthy job prospects. These include:

When it comes to the IT and Technology sector, New Zealand has historically lagged behind some other developed countries, which may mean that some roles that exist elsewhere may not have reached our shores yet. However, the other side to this is that any technology role that the country does require tends to be in short supply – and therefore salaries are high and competition low.

The average salary varies significantly across industry. Those working in IT can expect to earn the most, with an average salary of $100,000, according to Careers NZ, followed by Executive and General Management ($85,000) and Property ($75,000). What university degree you have has a significant impact on your earnings in New Zealand – those with a postgraduate degree earn on average 95% more than the median income, while the figure is 67% for Bachelor's.5

Location also has an impact on income – the average household income in Auckland and Wellington stands at around $117,500, the MBIE reports, while this figure is only $78,100 in Southland.6

The cost of living in New Zealand is generally considered to be high – but it does of course depend on where you are moving from.

"Pay is definitely less than what we received in Europe," says Emily. "But we knew about that and had considered it – we moved to promote our livelihoods, and for us this is much more important than the economic factors."

Online expat database Expatistan.com ranks global cities according to their cost of living. At time of writing, Auckland comes in at 37th most expensive city to live in, followed by Wellington (50th) and Christchurch (92nd).7 We have provided the ranking of some other major global cities for comparison:

Just as London forms a central economic and demographic focus point for the UK, so too does Auckland (with a population of 1,695,900, MBIE reports8). As a result, Auckland is normally considered to be a much more expensive city to live than New Zealand's other regions.

Auckland is altogether a busier city, with more going on and more jobs – the cost of living, therefore, is a pay off many who move to New Zealand (especially from large European cities) are willing to make.

Compare this to Wellington, where median weekly rent stands at $476, according to the MBIE. GDP per Capita is $71,622, compared to $64,222 in Auckland, showing that moving outside of Auckland can have a significant impact on disposable income.9

At JacksonStone & Partners, we have years of experience helping people from all over the world find a role in New Zealand. If you would like to learn more about how we can help, please contact the team today.