My Experience: Starting a new job, one week before lockdown 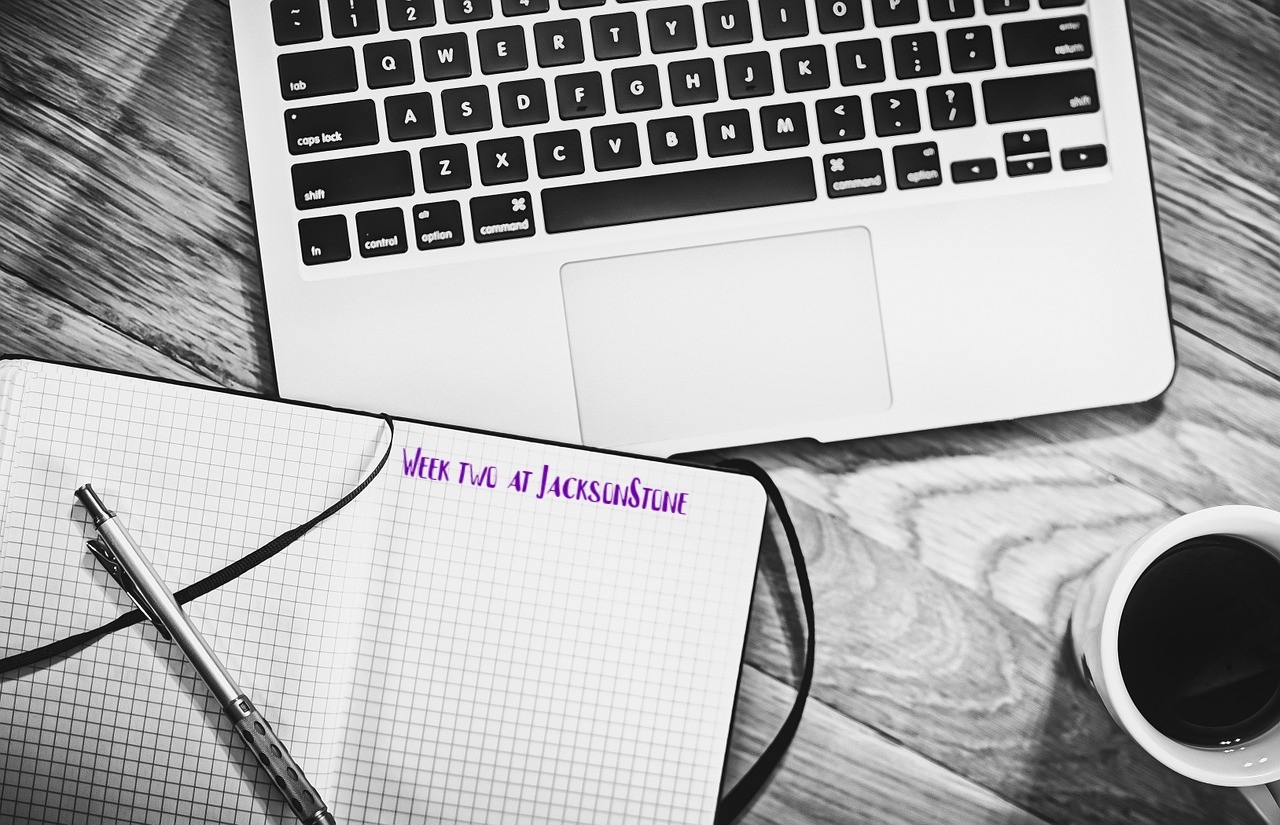 To say I had an eventful start to my new job at JacksonStone & Partners is an understatement. When I was introduced to my workstation on the first day, I had no way of knowing I would be taking it apart, packing it up in a box and bringing it home a week later. Now, after three weeks of lockdown, it is funny to think that I have spent three times as much time out of the office as I have in it.

My first week in the office was as busy and exciting as you might expect. Things were mostly business as usual – with the exception of washing and sanitizing our hands more often – which meant I was able to meet everyone in the team and learn almost everything I needed to know. There was a degree of uncertainty about what would happen going forward, but also a sense that we should carry on as best we could.

A week in, it was announced we would be split into two groups, with half of us working from home. Monday in the office felt very quiet, but then Jacinda made her level 4 announcement and everything kicked into gear. Like many others, my living situation had to change quickly. My flatmates had decided to leave our apartment to be with their families, so I was given the choice of living alone during the lockdown or drive back to Auckland to be with my parents. I spoke to the directors, who were very supportive, and decided I would travel back to Auckland the next day. It felt odd to be leaving Wellington the week after I had begun a new job there, but, then again, everything felt odd.

Leaving the office, one of my biggest questions was what my job would look like in the coming month. A large part of my role requires me to be there physically – welcoming clients and candidates, making coffees and setting up meeting rooms. I was unsure what I would do when I logged on from home, or whether I would have much of a role to play at all.

Luckily, I have been kept busy. There has been a lot of learning. In my interview for the position I said that I wanted to develop my technical skills, and now I feel this wish has been granted ten times over. The lockdown has pushed me to grapple with all our online mediums – Zoom, Slack, Microsoft Teams etc. – which I now feel I have some level of proficiency in. Ironically, I feel that I have been able to upskill while out of the office, meaning I’ll probably be more confident when I come back to it.

There has also been something oddly nice about getting to know my new colleagues over Zoom. Morning meetings offer snapshot glimpses into the lives of people: a piece of art on the wall behind them, a painted toy soldier collection, getting to meet their kids or flatmates as they eat breakfast in the background. Instructional video calls that carry over into lunchbreak will sometimes become mini cooking classes. Other times I will open my emails to be met with a flood of happy pets, Tik Tok videos or pretty plants spied on colleagues’ daily walks. It seems as if the company has been coming together in this difficult time and, unsurprisingly, it has been nice to be a part of it.

More than anything, this period has left me with an overwhelming sense of gratitude. I feel very lucky to have been given the role when I was, to have the company support my decision to quarantine with my family in Auckland, to have the facilities to work from home. When I’m feeling a bit shaky and unsure about the future, I remember the fact that everyone is pushing forward, navigating these strange times, together. As unpredictable as the beginning of my first corporate role has been, one thing is certain: I won’t be forgetting it.

Anna is our fantastic receptionist who ensures our front office operates effectively and professionally.

Getting all our Consultants to the right place, at the right time, with the right people is no mean feat – and Anna accomplishes this with a positive manner and meticulous care. Beyond her management of the front-office, Anna is always willing to jump in and assist with whatever is needed, and is deeply valued by her colleagues.